What's Your Culture of Philanthropy? 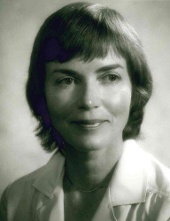 Being a donor is often the best way to learn how to be a better fundraiser. I've experienced this on many occasions, particularly when I was the Foundation Director for Flagstaff Medical Center and was responsible for giving away a half a million dollars a year.

But right now, I'm learning a lot for another reason.

My mother-in-law, Rose Marie (Ogden) Ferris, passed away on Friday, July 19, 2013 after a long battle with emphysema. She passed peacefully with her surviving sons, Steve, Bill and Dave, nearby. While no one is ever prepared for the loss of a parent, the Ferris men are handling the transition and arrangements as well as they can.

Of course, I was wondering how to help. I figured the things I knew how to do were planning the lunch after the service and the donations in lieu of flowers. I am a fundraiser, after all.

Here's my experience so far with the selected charitable organization:
In "Under Developed:  A National Study of Challenges Facing Nonprofit Fundraising," conducted by CompassPoint and the Evelyn and Walter Haas, Jr. Fund, the analysis identified a lack of a culture of philanthropy as a key weakness of the sector. Fund development and philanthropy needs to be "understood and valued across the organization."

So I write this not to "flog" the organization in question; they took very good care of Rose and we're working out the details of the donations. But how can this, or any other, culture be improved?

Here are my suggestions:
Culture of philanthropy is a challenging thing to build and maintain at any nonprofit organization. It requires a consistent investment of your time as a development professional, but you never know when a donor will not be as persistent as I am.

100 Days of Gratitude, Day 33: People who push you out of your comfort zone

We have a rule in my house when it comes to food--the three bite rule. If my son, Matthew, doesn't want to try something, which is rare since he'll eat almost anything, he has to try at least three bites. If he doesn't like it after three bites, he doesn't have to eat it. More often than not, however, he ends up liking it. Unfortunately for me, that has resulted in him liking oysters (raw and smoked), lobster, unagi (eel), toro (fatty tuna), Brillat-Savarin cheese and all sorts of other expensive foods. And some of my favorites.

Likewise, there have been people in my life who have pushed me to try stuff that I didn't want to try. For instance, in May, Jim decided he wanted to go on the CN Tower EdgeWalk, where they hook you up to a "human dog run" on the roof of the revolving restaurant at the CN Tower. At 121 stories in the air, it's the highest outdoor recreation activity in North America, so they claim.


Video highlights from the EdgeWalk

This wasn't really on my to-do list, but I reluctantly agreed to participate. AND I HAD SO MUCH FUN!

On a professional level, when I was at Wisconsin Public Television, I did NOT want to be in front of the camera. Even though I was the on-air fundraising producer and could do the pitches in my sleep, I had no desire to be on-camera talent. The development director at the time, Malcolm Brett (now General Manager), said that being on-air was a condition of my employment.

Malcolm came up to me and said, "Well, you got the kinks out. Your next break will be fine."

And he was right. My next break, the red tally light came on and I was fine. Now, being on-air for public television and radio is second nature to me, and my favorite part of my job.

If it weren't for people like Malcolm, I never would have discovered something that makes me really happy. And something I happen to be kind of good at.

So today, I give thanks to people who pushed me out of my comfort zone and introduced me to new things that I ended up enjoying. And most times, it didn't take more than "three bites."
Posted by Alice Ferris at 11:26 AM No comments: 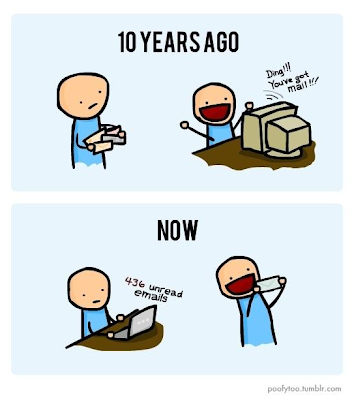 We've finished the first 30 days of our 100 Days of Gratitude! It's time for some reflections on our experiences so far.

1. People still like the personal touch.
We could have done this all a lot quicker by sending emails to people or posting something on their Facebook wall, but we have purposefully selected sending handwritten notes, making phone calls, and seeing people in person. Electronic media is great for a lot of things, but when you want to communicate a personal connection and real human interaction, you still kind of need to do something else.

2. There is never a shortage of people to thank.
When Jim and I travel (which most people know is a lot), we discuss our projects. (Sometimes I wonder what we'd talk about if we weren't business colleagues!) Lately, our conversations go like this:

You get the idea. The list continues to grow the more people we thank. That's not a bad feeling!

3. Gratitude is contagious.
After sending thank you notes to several people, I got thank you notes back! We've also been encouraged by the number of people who have also decided to embark on their own 100 days of gratitude. A little bit of time that it takes to thank someone can start a cascade of gratitude.

Whether it's been people who impacted our personal lives, professional careers, or have donated to our causes, it has been the highlight of the month to thank them for their contributions. As we continue the 100 Days of Gratitude, we welcome your comments on your own gratitude experiences on this blog, or on our Facebook page.

Thank YOU!
Posted by Alice Ferris at 10:02 AM No comments:

Like so many other friends, I heard about the loss of 19 firefighters from Prescott on Facebook. At first, I was a bit skeptical. "There's no way that 19 firefighters lost their lives fighting the Yarnell fire. Those guys are really well trained. This must be a rumor," I thought.

But then the updates started coming from media sources like NPR, and given my proclivity to believe NPR (hazard of my chosen profession), I joined in the discussion. One post that struck me was from my friend, Janet, who said, "As parents of a firefighter it hits close to home. Please send them prayers in this terrible time of grief."

Living in the mountain west in a period of drought, we have been touched by many fires. A little more than three years ago, Jim took this striking video of the Schultz Pass Fire from his driveway:

It's hard to imagine seeing a fire like this, or the Yarnell Fire, and going into it instead of running away. And hotshot crews, teams of usually 20 men who have been trained for difficult wildland fires, are considered the elite. When I've seen their trucks driving down the highway on their way to the next fire, I can't help but be a little kid again--I honk my car horn and wave.

To lose even one firefighter is tragic. To lose almost an entire team is unheard of.

For those living in this region, in the wildland urban interface, fire is an ongoing and increasing risk. We all know someone who has been affected by wildland fire, whether the immediate or after effect. We rely on firefighters who not only leap into danger to protect our communities, but who also spend countless hours providing public education, conducting fire prevention activities, and doing a lot of relatively mundane tasks to keep us safe from future fires.

Even though I did not know any of these men, I honor their commitment and ultimate sacrifice to all of us and pray for their families and friends.

The Granite Mountain Hotshot team was highlighted training for a situation just like this in this article posted June 25 and in the video below: For hotshot firefighting crews, training can be a matter of life and death.


Author's note: This is a little detour from the 100 Days of Gratitude, but given the situation, please forgive us. We have been progressing along with our pledge to thank someone every day for 100 days and will be posting more reflections soon.
Posted by Alice Ferris at 8:53 AM No comments: