Thank You to the Ronald McDonald House


(Alice Ferris said I should share this moment/memory as a blog. Deep breath...here you go.)

The CEO at a Canadian Ronald McDonald House invited me to connect via LinkedIn. I shared the following story.
------

The day after my daughter was born I left Arizona for an 8 hour drive to Colorado to start a new job at a radio station that had been delaying my start date because my daughter was "late." This was "pre-cellphones." When I arrived in Colorado they told me to call home because my (ex)wife was trying to reach me. When I called the hospital, they refused to release any information because we weren't married. I finally reached our roommate who explained my ex had rushed into our apartment with a nurse, grabbed some clothes and rushed out explaining our daughter was being helicoptered to Phoenix 4 hours away.

I jumped back in my truck and drove the 8 + 4 hours to Phoenix. I arrived in Phoenix after more than 20 hours behind the wheel and again was being blocked from receiving information or entering the intensive care unit because we weren't married and my name wasn't on my daughter's birth certificate. As I was pleading my case, my ex emerged from an elevator stooped and beaten down by stress and fear. She collapsed crying in my arms, gushing everything that had happened through her tears.

My daughter had ingested "things" while being born and this may have been what caused her breathing to stop periodically. She was in a ward with so many very, very sick children. It was a terrifying ordeal.

I got to meet former McDonald's CEO, Ed Renzi last October when he presented in Pittsburgh, PA for an AFP Fundraising Leadership Conference. When he told the story of how he approved giving all of the profits from the "Shamrock Shake" to support creation of the 1st Ronald McDonald House, I had to thank him. He asked our 400 attendees for questions, I made my way to the microphone and thanked him for helping give families like mine a little normalcy and comfort in the most difficult time of their lives. I thanked him and the Ronald McDonald Houses for making sure we didn't have to spend our nights sleeping in chairs or on the floor to be near our loved ones in their time of need. When I offered my hand, he pulled me on stage for a hug. He later had me pulled from the crowd to find out more about my experience and how my daughter was doing. She's an intelligent, beautiful and healthy 27 year old prison guard in Phoenix, Arizona.

Thank you and your team for the work you do. You make an excruciatingly stressful time a little more bearable for families like mine.

100 Days of Gratitude: People You Don't Want to Thank 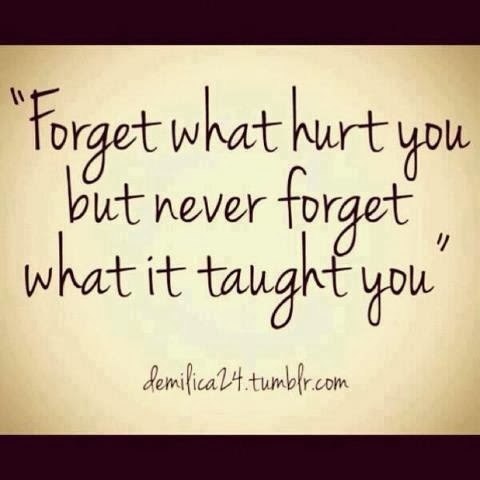 We've been much quieter than we expected during our self-proclaimed 100 Days of Gratitude. You could chalk it up to being too busy, but I think, in reality, we've been quiet because the process of thanking people for 100 days has required more internal processing than either of us realized.

We'll have a summary of lessons learned soon, but before we do, we want to share one lesson that struck both Jim and me.

Sometimes, there are people you should thank that you don't want to talk to again, let alone thank.

I'm certain that you have people who have crossed through your life's journey who have been just mean. Cruel. Rotten to you and your loved ones. Sometimes it's unintentional, but sometimes it's specific and targeted.

These people hurt you.

As Jim and I reviewed our lists of people to thank, certain people came up over and over. "Oh, I'll never thank that person." But as we talked about this whole process more, we recognized these main things:

1. "What doesn't kill you makes you stronger." Yes, it's an overused phrase, thanks to Nietzche (and Kelly Clarkson), but it can be true. Difficult people and challenging situations can test your resolve and put your own beliefs into a crucible to be refined.

For example, my own view of philanthropy was once tested by someone who believed that fundraising was a zero sum game. "If I have a dollar to give, and I give it to someone else, you're out of luck," he said. "Every other organization is a competitor."

In response, after some thought, I said, "Do you know where the word 'philanthropy' comes from? It's from the Greek, 'philos' and 'anthropos.' It's about love of your fellow man." I continued, "You don't tell a parent that they'll love the second child less because there's a finite amount of love. Love expands and grows. Philanthropy is the same way. If you truly love a cause, you'll find a way to support it." I couldn't articulate that thought until I was pushed to do so.

2. Mean people can push you outside of your comfort zone. Generally, I am not a huge risk taker. I like to know what's going to happen and like to be in control of things that I can control. There have been times in my life, however, where it felt like there was nothing under my control, and I had to adjust. I had to take risks.

There's a quote on my wall that says this: "The jump is so frightening between where I am and where I want to be...because of all I may become, I will close my eyes and leap!" Sometimes, I didn't leap, I was pushed!

3. There is something to learn from every chapter (or scene or paragraph) of my life. It was strange that once I started thinking about the lessons that came out of difficult interactions and relationships, my reactions to that time of my life seemed a little more detached. I could process the lesson without getting caught up in the emotions. Sometimes the lesson is as basic as, "that person is not really your friend," but it's a lesson, nonetheless.

I'm not saying that either Jim or I had this great epiphany where we are both willing to let bygones be bygones with everyone in our lives. I certainly am not saying that we're going to be friends with everyone we've met. There will be some people that I will never like or trust again. But I think we've both come to realize that even the difficult people have added something to our experiences and can be thanked.

Even if we can never bring ourselves to say so.


Posted by Alice Ferris at 5:00 PM No comments: