When Things Don't Go As Planned 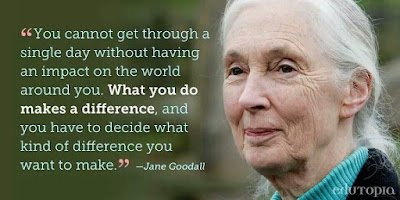 Twenty years ago this week, I arrived in Flagstaff, Arizona to start my new job as Director of Development for Lowell Observatory. I was 26 years old, in my first senior management level position, and I had no clue how I was going to accomplish what the institution expected of me.

Nothing has gone as planned since then.

I thought that the job at Lowell would get me enough experience to move back to Wisconsin, so that I could move up the ranks at Wisconsin Public Television. I was supposed to be in Arizona for four years, then move “home.” Instead, I quit my job at Lowell Observatory after four years to have my son, Matthew, reluctantly turned down a job offer at Wisconsin Public Television, and dedicated myself to being a stay at home mom. Which lasted three months.

Since then, my journey has been a series of twists and turns, none of which I was expecting. I founded my consulting firm when Matthew was three months old. I vowed I wouldn't specialize in public media, yet my second client was a public radio station and now the majority of our clients are in public media. I said I wouldn't go back to work full time, yet when Matthew was two, I was working full-time at the local hospital, running the foundation. I thought I'd go back to public media as a staff person for the rest of my career, but I barely made it two years due to conflicts with my boss. I thought I'd have more children, but after a miscarriage or two, that wasn't in the cards.

I didn't think that my consulting practice would amount to much, especially since one of my professors in my MBA program said I didn't have the mindset of an entrepreneur, yet here I am with a modestly successful 15 year old company.

I steadily moved up in volunteer leadership roles with the Association of Fundraising Professionals (AFP) International, holding positions in all divisions of service, yet after three failed attempts to serve as chair of the organization, I was making no progress.

I never thought I'd be a cat person. (#random)

At every turn, however, something good has eventually resulted from it. Because of these unplanned turns of events, I have worked with several public media organizations with people who are genuinely passionate about the role noncommercial media plays in lifelong learning and civic dialogue. I've traveled the world presenting at conferences, AFP meetings, and nonprofits who are energized by my workshops and talks. I've met dozens upon dozens of earnest and enthusiastic AFP volunteers who remind me that it's not about what titles we have, but about the volunteer impact.

And today, thanks to Jim Anderson, I was honored as the AFP Northern Arizona Outstanding Fundraising Professional for a surprise third time, with an amazing tribute video that Jim crafted. It featured testimonials from some very special people: Ken Verdoia, my Downton Abbey (among other programs) pledge partner and consummate broadcasting professional; LuAnn Leonard, Executive Director of the Hopi Education Endowment Fund, who has been an inspiration to me and whose organization has been a benchmark for other charities we serve; Scott Fortnum, MA, CFRE, ACFRE, a stalwart AFP colleague and valued peer volunteer; Dave Riek, General Manager at KAWC and a public media colleague since I moved to Flagstaff, who has been with GoalBusters every step of the way; Rick Swanson, another colleague and friend who was instrumental in launching GoalBusters full-time and cooks up a mean lobster feast; Bob Marty, television producer extraordinaire, who raised my profile exponentially in the PBS system with the honor of working on the Downton Abbey pledge events; and my parents, Jim and Annie Lin, who have supported my efforts without exception my entire life. Of course, Jim Anderson's in-person commentary made me cry, saying that I change the lives of everyone I touch, including him, even though, 11 years ago, he declared that he was unchangeable.

And now we face another unexpected turn in the United States. I am devastated by the results of the presidential election. For the first 6 hours after the results became clear, I could not stop crying.

But I have to believe that something good will come of this. I must believe this; it's the only way I will get through the days, weeks, months, and four years coming up. Maybe it will be improved civic engagement. Maybe it will be activation of communities who don't accept a cult of fear. Maybe it will be new collaborations and partnerships that never seemed possible before. I don't know, and it's too early, too raw, to tell.

What I do know is that the nonprofit community will continue to improve people's lives, no matter what. Funding sources may not be the same, and the players come and go, but, as in the hundreds of years before now, the American philanthropic sector will survive the winds of change. Regardless of your political persuasion, we will need time to heal, to forgive, and importantly, to listen, but we must be committed to continuing and expanding our work.

In the days leading up to the election, I posted a quote from Jane Goodall: “You cannot get through a single day without having an impact on the world around you. What you do makes a difference, and you have to decide what kind of difference you want to make.”


I want to make the world a better place. I don't know how to do that right now, but it will come to light. So how do you want to impact the world?

***
This blog first appeared on the GoalBusters Blog and reflects the personal opinions, experience, and far too public emotional processing of Alice Ferris.

Posted by Alice Ferris at 11:50 PM No comments: