Lessons from 100 Days of Gratitude

From June to September 2013, we embarked on a mission to thank someone every day for 100 days. Honestly, the 100 Days of Gratitude was supposed to be a way to get us to blog more. Instead, it was an inspiring, emotional, touching, frustrating, occasionally dramatic, and, in the end, transforming experience.

We didn't blog more. But we reconnected with many people who have been important to us and continue to affect our paths.

Even though we both experienced this differently, the above deck highlights some of the points that were revealed to us both:

Thanks to everyone who played along, and of course, to all the people we have been grateful for. We've learned much from this experience, and encourage anyone to take on this challenge. Let us know how it touches you!
Posted by Alice Ferris at 9:00 AM No comments: 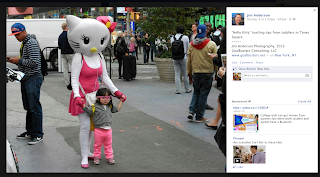 I often see organizations and individuals "repost" their existing Facebook photos duplicating the photos. This is unnecessary and ineffective unless you're reusing an existing photo as a Cover Photo or Profile Picture in which case duplication is unavoidable. However, if the goal is to "borrow" content from the past to add current visual content to a post today, there are few more efficient/effective ways to do that.
The ultimate goal with Facebook is to increase engagement with audience. A person can't be engaged if they don't see your post and they won't see your post unless it shows up in their Facebook News Feed. How likely something is to show up on a person's News Feed is determined by "Facebook's feed prioritization algorithm" formally called "EdgeRank."  This algorithm determines which posts show up on in a user's news feed, how high in that feed and for how long.  Facebook execs claim there are as many as 100,000 variables that produce the News Feed. The three original EdgeRank elements, Affinity, Weight and Time Decay are still  part of the evaluation and interactions (likes, shares, comments) are very important.

If you repost an existing image or video as a new timeline update as opposed to sharing it from it's existing/previous location, you LOSE ALL previous interactions, meaning that new posts starts from "zero." If you do not want "waste" prior engagement and interactions there are a few more efficient ways to use existing content. 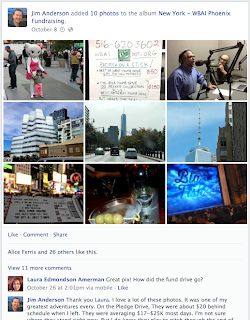 1. Share a link to an existing photo album. It will generate a post that looks identical to an original "new" post. AND it retains ALL captions, links, photo credits AND MOST IMPORTANTLY...it retains all the engagements...likes, comments, shares, etc. Those "engagements" are gold in increasing the post's rankings in Facebook's prioritization system. You can use Facebook's "share" feature or share the link by copying and pasting the url for the album.

2. Share a specific photo from an existing Facebook album. This allows you a wealth of photos you can post as you work to generate buzz for specific recurring events or ongoing topics while retaining all the engagements as mentioned above. It will navigate the user to the specific photo within the album and they can explore the album and your Facebook page from there, all while building your overall engagement. You can use Facebook's "share" feature or share the link by copying and pasting the url for the photo. 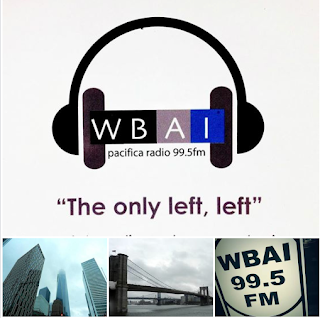 Be Strategic. Select your album's Cover Photo carefully. And think about how you organize your photos within the album to place the most dynamic photos first in the album to generate interest, even if that means putting some photos out of chronological order. You can always go back and rearrange the photos to be chronological later if that's important.

Tag People. When you tag someone, you often draw attention to your event or organization from people that are completely unaware of you. But don't over do it. Only post flattering photos and only tag a person in a few photos within a given album. Group photos are a great way to get a conversation started. Tag a few people and they or their friends will tag others.

Honor Privacy If you want to make someone aware of a photo but don't want to leave the tag "public," tag them and then immediately remove the tag. They'll get a notification, but it won't show up in other people's News Feed.

Tell Stories and Provide Information. Always add captions, links and photo credits to your photos. Your goal is to create visual storytelling with your photos and your captions and links provide information and entertainment for your viewers while delivering "thank you" value to the people and organizations in the photos. It's just common courtesy.

Give Credit Where Credit Is Due. If you are posting someone else's photo, be sure to ALWAYS give them credit. When possible post a link back to a website, blog, or social media site that they would want promoted.

Photos can be your most effective posts in creating social engagement, I hope some of these tips help you better engage your communities.

Here are some additional training resources.