For-profit and nonprofit businesses: are we all the same? 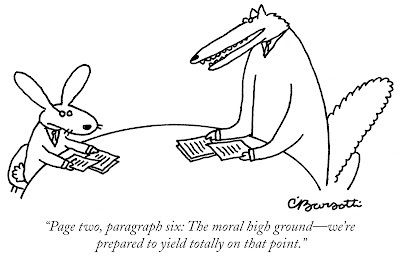 Are nonprofit organizations any different from for-profit businesses?

For years, many professionals have encouraged us to think about nonprofit organizations just like you would a "regular" business.

The easiest delineation between the two business types is that for-profit businesses distribute profits to shareholders, while nonprofit businesses reinvest profits in the mission of the organization. Nonprofit organizations definitely need to understand their "product," follow sound financial and operational practices, and all companies, regardless of classification, need to generate a profit to preserve long-term sustainability and the success of its purpose.

But when the bottom falls out, I expect something different from nonprofit organizations.

Recently, a nonprofit organization that I have been deeply involved with as a volunteer for almost 20 years, made business decisions that I have a hard time understanding. Ten people, several of whom I count as friends, who provided exemplary service and supreme dedication, were let go with less than a day's notice. They received calls in the morning and by the end of the day, they were unemployed.

I'm sure there are facts I don't know. And I'm told that this is the way it is done. This is “normal business practice” nowadays.

I've seen this happen at more than one nonprofit organization, and it makes me angry.

The line between nonprofit and for-profit companies is more blurry every day. With companies like TOMS, Warby Parker, and many others, it's becoming harder to tell which is a for-profit and which is a nonprofit. For many consumers, it doesn't really matter. I get that.

For better or worse, the nonprofit sector has traditionally claimed the high ground of being morally superior to our for-profit brethren. Not only does the mission come first, but we also care for our team. We're more humane. We're collaborative. We're “family.”

Business practices that treat employees as disposable leave us with little to differentiate ourselves from the traditional for-profit sector. So we might as well go to “the other side” and make more money. Or better yet, work for a hybrid corporation like TOMS.

I could be making more money. I probably should be making more money. But instead of becoming an accountant, or something else, I chose fundraising. I chose to work with small nonprofits. I chose to pour my heart, soul, time and money into the philanthropic sector. And increasingly, I am disappointed in business practices of organizations that purport to be the leaders in the sector.

Alexis de Tocqueville's Democracy in America is often quoted in reference to philanthropy. Tocqueville writes this on associations in the US:

"In the United States, as soon as several inhabitants have taken an opinion or an idea they wish to promote in society, they seek each other out and unite together....From that moment, they are no longer isolated but have become a power seen from afar whose activities serve as an example and whose words are heeded."

When we come together, when we have shared values as a group, we have the power to change society. We have the power to treat people with dignity. We serve as an example to others of how to work with respect for one another. Things that the charitable sector has historically had at its core.

In an effort to make the nonprofit sector "more like a business," I hope that we have not forgotten that the word “philanthropy” means “love of your fellow man.”

***
This blog first appeared on the GoalBusters Blog and reflects the personal opinions of Alice Ferris. But Jim Anderson probably agrees, since we both wrote the GoalBusters manifesto that outlines our values.
Posted by Alice Ferris at 5:14 PM No comments: