Commission Does Not Pay: Compensation for Development Professionals 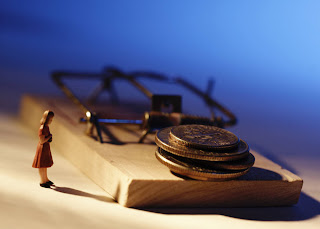 Why is compensation always such a hot button issue in the nonprofit world? On a regular basis, I hear questions (and complaints) about the following:


Dutifully, I point to the Association of Fundraising Professionals (AFP) Code of Ethics and Standards of Professional Practice, to which all AFP members must agree to abide. Standard number 21 states:

Members shall not accept compensation or enter into a contract that is based on a percentage of contributions; nor shall members accept finder’s fees or contingent fees.

There is a white paper on why percentage based compensation is a bad idea for nonprofits, which boils down to two things:

I agree with these positions and do my best to comply with the Code of Ethics. I don't fundraise on commission. I don't write grant proposals for a percentage of the grant amount.

In the past, I have accepted bonuses and have done sales work on commission. And over time, I've come up with new reasons to add to why fundraisers should not be paid on commission.

Because working on commission stinks.

I understand why companies, whether for-profit businesses or nonprofit organizations, want to pay on commission. You are paying for performance--you don't have to expend resources until you have them, and the person receiving the commission has control over what they can earn. In theory.


Let's face it. Effective fundraising takes time, and it takes money. As much as it is an upfront investment to pay someone a living wage to work in fundraising, in the long run, it should be an investment worth making for your organization to develop long term relationships with your donors and a sustainable source of income for your mission.